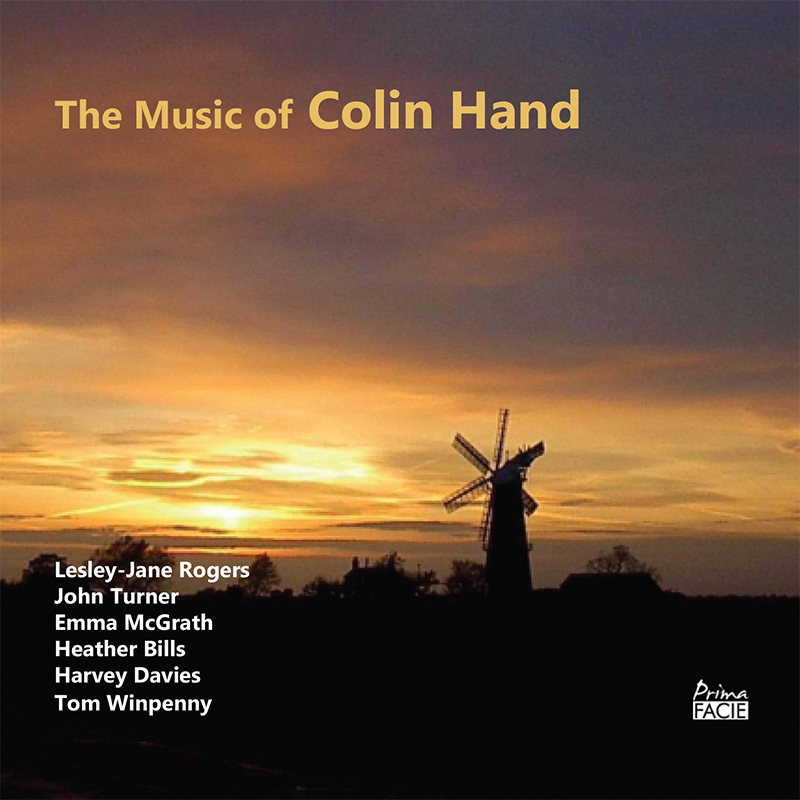 In Nomine 6 – The Taverner Sonata

For more details of the CD, please see the Prima Facie blog Recitative.

Colin Hand (1929 – 2015) was born in Winterton, North Lincolnshire. Though he showed an early interest in music (he played the viola in his school orchestra) and started to compose at the age of twelve, his initial intention was to study for a career in biochemistry. Nevertheless, he eventually turned to music and studied the organ with Dr Melville Cook, receiving a Bachelor of Music degree from Trinity College, Dublin. After qualification he spent fifteen years as a lecturer in further education and another fifteen years (part-time) as an examiner for Trinity College of Music, London. He composed steadily throughout his career and his works, exceeding 260 opus numbers, include choral, orchestral, organ, chamber music and songs. He also composed and arranged a significant amount of music for teaching purposes. In the 1970s he carried out extensive research on the composer John Taverner (c 1490 – 1545) and Renaissance music, for which he was awarded a PhD. His subsequent book John Taverner his Life and Music was published by Eulenburg Books, London, in 1978. After retirement from official posts, he continued as a freelance composer and lived in Sibsey near Boston in Lincolnshire, where he had close connections with the music at St Botolph’s church – the famous Boston ‘stump’.