Prima Facie was formed by the meeting of two minds – Stephen Plews and the late Giles Easterbrook – both known in the music industry as champions of new music. They have produced or promoted hundreds of projects, many of which have won awards or been recognised as outstanding contributions to the arts. 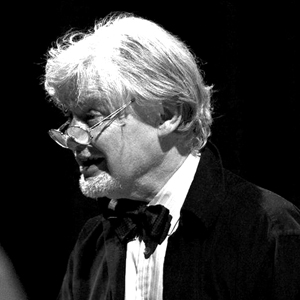 Giles was described as one of the last of the musical outsiders, his music characterised by a ‘pronounced, sometimes astringent melodic gift’, ‘rhythmic subtlety’ and ‘an original, often unexpected harmonic sense’. He was born in 1949 during the final phase of the Berlin airlift, at Spandau, in the British occupied zone where his father was involved in post-war reconstruction work, but lived in the UK from the ’50s. He entered Oxford university to read Egyptology and Coptic, but illicitly attended lectures by Kenneth Leighton from whom he also had unofficial private tutoring. He later privately received instruction from Niels Viggo Bentzon and Tristan Keuris.

From the early 1970s he worked in most areas of musical life, as concert promoter, composer and artist’s representative, theatre-music writer, director and arranger, performing and composing competition adjudicator, ensemble director and tour manager, panellist, broadcaster, member of several music support trusts, cofounder of the Chameleon Composers Group, on committees of music organisations including WASBE, the Redcliffe and Park Lane Group concerts.

As publisher he was head of music promotion at Novello for many years before single-handedly developing the innovative, then independent Maecenas Contemporary catalogue. As writer he contributed to publications including New Grove Dictionary of Music, Contemporary Composers and Encyclopaedia Britannica, wrote reviews and items for the national and international press, researched and authenticated for several publications, wrote countless programme notes and was four times nominated for ‘Best CD Liner Notes’ Grammy Awards.

As editor he realised, reconstructed or made performing versions of works by composers such as Arnold, Lambert, Bliss, Daniel Jones, Holst and Buxtehude. As a composer his catalogue is not large, but important works have been performed and broadcast in Europe, Japan, Australia, the US and throughout the UK.

Stephen was born in Salford, UK, in 1961. He was brought up in the market town of Macclesfield. He studied at the King's School and was introduced to Stravinsky, Debussy and Ravel at an early age - composers that he feels have shaped his musical output. It was not until 1994 that Stephen decided to pursue music as his career. He has since developed the twin strands of jazz artist and classical composer, with his music in both fields influenced by his knowledge of the other. Winner of the Peter Whittingham Award for Composition, in 1994, and of two large Arts Council touring grants for his jazz ensemble Ascension in 1995 and 1996 respectively, Stephen has released six well-received CDs under his own name and contributed to three compilations of Contemporary British Music.

As well as his skills as a composer and musician Stephen is a champion of new music, setting up his studio and label ASC Records to promote artists in the fields of contemporary classical and jazz musics. Now, Stephen is proud to promote première recordings by British composers through Prima Facie.