Prima Facie Records was formed by the meeting of two minds – Stephen Plews and the late Giles Easterbrook – both known in the music industry as champions of new music. They have produced or promoted hundreds of projects, many of which have won awards or been recognised as outstanding contributions to the arts. 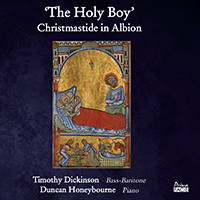 "The idea for this programme of Christmas music was sparked by a handful of songs and a handful of singers. Having rather hurriedly gathered together repertoire for a Christmas concert in December 2020, after months of cancelled and postponed performances, it dawned on us that the few songs we had chosen (among them ‘The Little Road To Bethlehem’, ‘The Holy Boy’, ‘The Oxen’ and ‘The Bayly Berith The Bell Away’) belonged together and would sit very happily in an expanded programme of similar music. Little did we know how rich a seam we were to discover, and how much of this repertoire seems to have been sadly neglected." 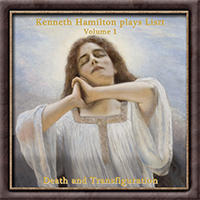 "This wide-ranging collection of Liszt’s piano music meets its technical challenges with rare directness and clarity... As in Hamilton’s earlier discs –his recordings of Ronald Stevenson’s piano works especially- there is always the feeling that the music comes first, that the performances are a means to an end rather than a self-regarding end in themselves, and that is both liberating and totally refreshing for the listener." Andrew Clements, The Guardian
"A magnificent release, its contents perfectly judged and delivered with a balanced mix of virtuosity and intellect.“ Colin Clarke, Classical Explorer
"Kenneth Hamilton knows how to turn a CD into a deeply engaging intellectual and musical experience. He is one of the great treasures of the classical-music world today." Ralph Locke, ArtsFuse
"A fresh look at the composer’s career… this is a recording that brings the listener closer to Liszt’s inner personality." James Manheim, AllMusic
"Magisterial... a close and personal look at Liszt’s own thirst for spiritual sustenance and regeneration, his response to bereavement and how he found his peace...There is not a single vulgar work or superfluous note in these 152 minutes of music." Dr Chang Tou Liang, Pianomania
"Masterly readings…the pianist is one of these rare mortals whose erudite, elegant prose is matched by his eloquence at the keyboard... I cannot recommend this release too highly" Jeremy Nicholas, Gramophone
"richly rewarding and brilliantly played" Gramophone Editor's Choice 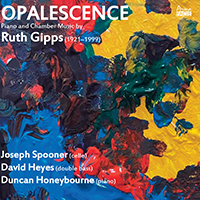 This extraordinarily gifted musical polymath, a woman of powerful creative imagination and intense intellectual rigour, was first and foremost a composer. As memories of Gipps (or ‘Wid’, as she always liked to be called) recede with the passing years, we are left solely with her output of some eighty works as a memorial to her daring, questing, romantic spirit. Cast in a broad range of forms and genres, these are fastidious in craftsmanship, overwhelmingly tonal, invariably lyrical and poetic, and frequently deeply affecting. ‘My music’, she wrote, to her biographer Jill Halstead, ‘is a follow-on from Vaughan Williams, Bliss and Walton – the three giants of British music since the Second World War. All were great and inspired composers.’ A vigorous exploration of Gipps’s wide-ranging output certainly offers abundant evidence of a highly individual genius whose vivid and communicative personality is unmistakeably and strongly her own. Many influences are distilled in her work, but a full- blooded originality sings throughout. This recording delves into a selection of Gipps’s chamber works, and presents her complete œuvre for solo piano, to commemorate the centenary of her birth in 2021. It features her first work – 'The Fairy Shoemaker' – and her last, the 'Sonata for double bass and piano', separated by some sixty-seven years.

Prima Facie is pleased to announce the fourth release in its collaboration with Cardiff University Symphony Orchestra and conductor Mark Eager. The disc features the world première recordings of Michael Csányi-Wills’ 'The Last Letter' and 'Seagull Nebula', alongside the previously-released, masterly 'Symphony No. 1'.

'The Last Letter', originally written for Soprano and Piano, but arranged for Cello and Orchestra for the Welsh Sinfonia in 2013, reflects on the deepy-moving last letter written by Csányi-Wills' great-grandmother Iréne Csányi.

'Seagull Nebula' was commissioned by Mark Eager and the Welsh Sinfonia, and sets out to describe a journey through space towards the Seagull Nebula, which was discovered by Welsh amateur astronomer Isaac Roberts.

This symphony is a significant, large scale work - brilliantly orchestrated, and a wonderful showcase for the talented students of Cardiff University Symphony Orchestra. 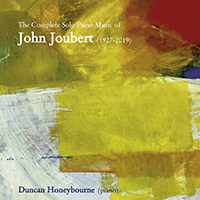 Duncan Honeybourne’s recording of Joubert’s piano music was first released by Prima Facie in February 2019, a few weeks after the composer’s death. This second edition offers something extra: a remarkable work from Joubert’s years as a student at the Royal Academy of Music. In December 2020 Joubert’s daughter Anna discovered the manuscript of Evocations, a rhapsody for piano, which John had written at the age of 22. Honeybourne writes: "I felt that we should add Evocations to my existing recording of Joubert’s piano music, to offer a truly complete conspectus of this very distinctive composer’s writing for solo piano. This new set of two discs is the result." 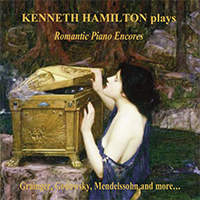 Kenneth Hamilton writes:
"This is an album of pieces I’ve long loved to play. It’s also a paradox: encores without a preceding programme; musical icing without the cake. But the tracks here were at least recorded as “encores”—played in joyful relaxation and relief towards the end of sessions largely devoted to other albums. Some of the pieces are pretty short, including the premiere recording of the elegant arrangement of Saint-Saëns’ Swan by one of my teachers, the late Lawrence Glover. Three of them – Mendelssohn’s quirky “Last Rose of Summer”, Grainger’s luscious Rosenkavalier Ramble, and Ignaz Friedman’s fabulous version of Voices of Spring – are fairly substantial, and the anchors of the programme. The final track (Godowsky’s Symphonic Metamorphosis on the “Artist’s Life” Waltz) is even longer. It’s really too long, I admit, to be an encore in a public concert, but it’s undeniably a lot of fun, and makes a great close for a CD. Hopefully, listeners will be both shaken and stirred." 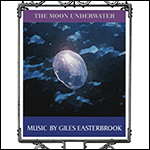 Giles’ 2010 CD 'The Moon Underwater' has been out of print for some time, and as a tribute to him, Prima Facie Records have decided to make the music from the CD available, free, for streaming and high-quality download.

You can access the album at The Moon Underwater

A special concert to celebrate 25 years of ASC / Prima Facie Records – and the 60th birthday of founder Stephen Plews – was held on 18th September 2021. The concert was in memory of our co-founder Giles Easterbrook.

Performers at the concert included Victoria String Quartet, pianists Alessandra Pompili and Simon Passmoe, recorderist John Turner, seen in the photo above, jazz duo Gavin Barras and Stephen Plews, and the Pleyel Ensemble. The varied programme featured music by Mozart, Britten and others. 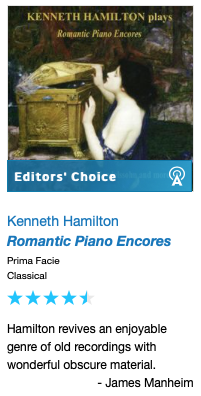 We are pleased to be involved in a project recording music by David Golightly - an extensive biography and list of works can be found here.

Featured in this short clip is the Lawson Trio recording at the RNCM on 07/04/21, performing an extract from David’s intensely personal and moving work 'Letters of Regret'.

Prima Facie will be releasing a CD of David’s work featuring the world premiere recording of Letters of Regret, and existing works 'Moods for Solo Clarinet', 'Piano Sonata No 1' and David’s epic 'Symphony No 1'. 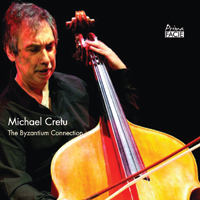 Review for The Byzantium Connection:
"There is much here to enjoy, whether you like classical, jazz, improvisation, contemporary, or just enjoy hearing really good music. A great CD with much to offer." David Heyes, Bass Magazine 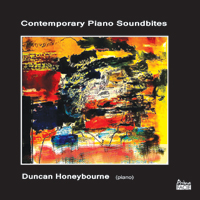 Reviews for Contemporary Piano Soundbites:
"...this remarkable set of pieces...the recital seems to me perfect in every way. Duncan Honeybourne is a great champion for all these composers." John France, MusicWeb International
"The standard of the compositions and their interest and accessibility are all high...The recording is natural and warm...The booklet essay gives excellent background information on each of the composers and on their pieces." Gary Higginson, MusicWeb International 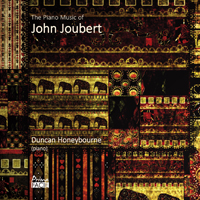 Reviews for The Piano Music of John Joubert:
"(Joubert’s complete piano music) is featured here in glittering performances from Duncan Honeybourne… The performances are fluent and powerful, alive to the full range of Joubert’s mercurial invention." International Piano, July 2019
"These are bold piano works that have earned their place in classical music history." British Music Society Journal, 2019
"This CD is a landmark with all Joubert's piano music... Honeybourne is totally sympathetic throughout this CD - a well-recorded claim for a neglected chapter in British piano music." (*****5 stars) Musical Opinion, Jan-March 2020 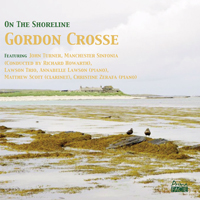 MusicWeb Recording of the Month review for On the Shoreline
"The playing on this CD is outstanding. Every piece is delivered with care, commitment and obvious enthusiasm." 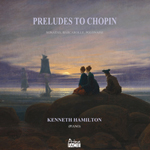 Reviews for Preludes to Chopin:
"Brilliantly captures both the musical and the technical content…well judged and beautifully played." John France, Music Web International
"This recording has a uniquely special sound, which drapes the music in a round, full, Romantic tone-colour." Radio 100.7 Luxembourg
"The commercial success of this release shows how strongly audiences hunger for fresh interpretations of mainstream repertory, and a fresh interpretation is exactly what you get." James Manheim, AllMusic 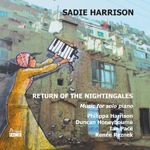 Excellent reviews for Sadie Harrison's Return of the Nightingales