The Complete Works for Guitar of John Brunning
Performed by Xuefei Yang with the Royal Liverpool Philharmonic Orchestra, conductor Clark Rundell
A Classic FM Album of the Week

"It would be challenging to imagine any guitar aficionado not enthusiastically embracing the beauty of the Magna Carta concerto. It is delightfully melodious, idiomatic, creatively orchestrated and, as Branning designed, deviant to the typical Spanish approach hitherto encountered in much music for the guitar. It is destined to become a favourite among both guitarists and listeners." Zane Turner, MusicWeb International

"This is an elegant, ravishing album." ARTMUSELONDON 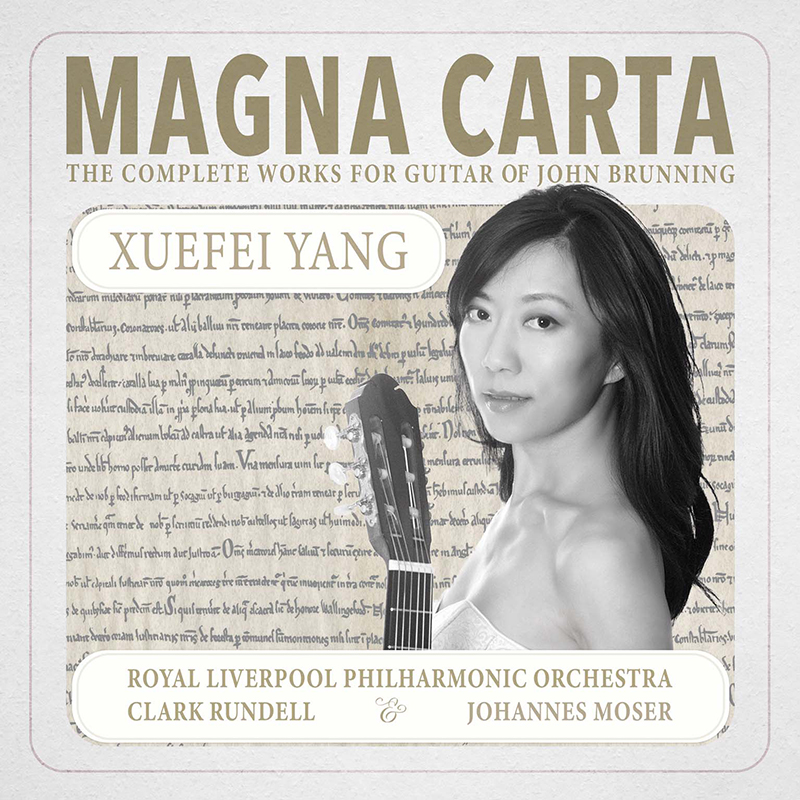 This album features John Brunning’s complete works for guitar. At its heart is the world premiere recording of his Concerto Magna Carta, written for Xuefei, and performed with the Royal Liverpool Philharmonic Orchestra under the baton of Clark Rundell. Xuefei is again joined by the RLPO for the Five Romances in new arrangements for guitar and orchestra; and by cellist Johannes Moser for Lacrimosa in a duet for guitar and cello - also premiere recordings for these settings of the material. With her previous album, ‘Sketches of China’, Xuefei brought the traditional music of her homeland to a wider international audience, and this latest release finds her highlighting the musical traditions of the British Isles.

Xuefei Yang: “I first met John many years ago when he interviewed me for a music magazine. It was one of my very first interviews in the UK and I remember it vividly because he asked in-depth questions that demonstrated that he knew the guitar well. In our conversation I discovered that as well as being a radio presenter, he was also a guitarist and composer. I asked him to send me some scores, and discovered that John has a talent for writing beautiful melodies in the great tradition of English pastoral music, and being a guitarist himself, his music feels very natural to play. Over the years I have recorded and performed some of John’s music, and find audiences across the globe, and other musicians, enjoy his music. When he suggested writing a concerto for me, I thought it would create an opportunity to bring together all his works for guitar.

The centrepiece of the album is Concerto Magna Carta, so named because it was completed in 2015, 800 years after the signing of that historic document. The Magna Carta is an iconic British achievement that is recognised around the world, so when John asked me to contribute a cadenza I structured it around well-known folk tunes celebrating music from the these isles dovetailed with melodies from each movement of the Concerto. It’s particularly poignant that one of the folk tunes (Sumer is Icumen in) dates back to the time of the Magna Carta, so the Concerto contains music that would have been familiar to people of that time.” 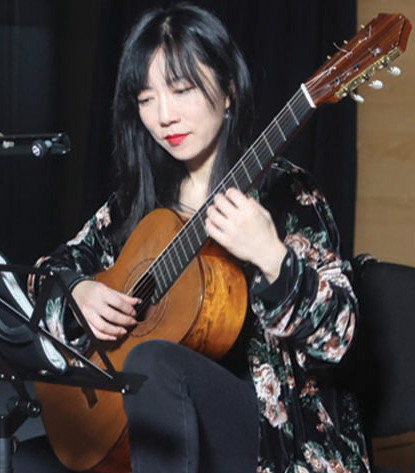 Xuefei Yang is acclaimed as one of the world’s finest classical guitarists. Hailed as a musical pioneer – her fascinating journey took her from being the first-ever guitarist in China to enter a music school, to becoming the first internationally recognised Chinese guitarist on the world stage – Xuefei is one of the few guitarists whose artistry connects with audiences far beyond the guitar fraternity. Her international success has led her to be invited to play in more than 50 countries at numerous prestigious venues, and she is frequently invited to play with the world’s leading orchestras & artists. Xuefei has made several critically acclaimed recordings for Warner, EMI, Decca and Deutsche Grammophon, spanning a wide range of repertoire. Gramophone Magazine praised Xuefei as one of the leading innovators of her generation for continuing to build the guitar repertoire. Xuefei has been based in UK for over twenty years.