Mark Darvill-Evans draws on a wide range of musical influences and following study at Cardiff University developed a unique musical style that combines and builds on these foundations with ideas from other creative pusuits. His music has been used in advertising and won support from personalities as diverse as Piers Lane and Nick Mason of Pink Floyd.

Mark grew up in a musical family where his father was a church organist and his siblings musical tastes veered toward more contemporary sounds. He has previously collaborated with composer Robert Szymanek and is married to former concert pianist Jane.

Mark was interviewed by Frances Wilson for the Meet The Artist blog – you can read the interview at https://meettheartist.online/2017/09/26/mark-darvill-evans-composer/ 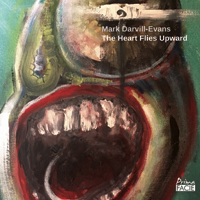 The album features jazz trumpeter Steve Waterman and classical pianist Siwan Rhys, as well as several talented younger musicians from the Royal Northern College of Music who make up the Prima Facie Ensemble. It contains several short, discrete compositions and a ‘stream of consciousness’ over eleven tracks, 'The Heart Flies Upward'.

Previous works by Mark Darvill-Evans have won acclaim on Radio 3, a five- star review in International Piano, been used in film and TV soundtracks and won support from personalities as diverse as pianist Piers Lane and Nick Mason of Pink Floyd. Mark’s music is influenced by Chopin, Debussy, Glass, Sakamoto and Satie.

You can read Mark Darvill-Evans' thoughts on the creation of 'The Heart Flies Upward' on the Prima Facie blog.

"His music recollects times and places and people with tranquility but also a most generous sense of texture, colour and harmonic nuance." Jonathan Woolf, MusicWeb International.

The release of 'Seeds of Time – Meditations for Piano', introduces the listener to the music of composer Mark Darvill-Evans, most for the very first time. These fourteen inspiring and thought provoking pieces are performed by Siwan Rhys, who has worked closely with the composer to realise his vision in getting his music recorded.

"I would like to thank Steve Plews, John Cronin, Phil Hardman, Jane Darvill-Evans, Tim Parry, Matleena Lilja, Ian Robertson and the Turner Sims Hall. I would also like to thank Charlotte Smith and Robert Szymanak for their support."
Mark Darvill-Evans.