The Nightingale and the Rose

1 The Nightingale and the Rose Prelude
2 She said that she would dance with me
3 Here at last is the true lover
4 Why is he crying?
5 Give me a red rose
6 Give me a red rose
7 Death is a great price to pay
8 She has form
9 Interlude
10 The Moon shines ever more brightly
11 Then she gives one last burst of music
12 Interlude
13 Why, what a wonderful piece of luck!
14 What a silly thing Love is

16 Hymnus Mysticus
17 All things that are complete and solitary
18 O soul of tears!
19 I sate upon the mossy promontory
20 Where thou hast trodden, I have trod!
21 O secret self of things! 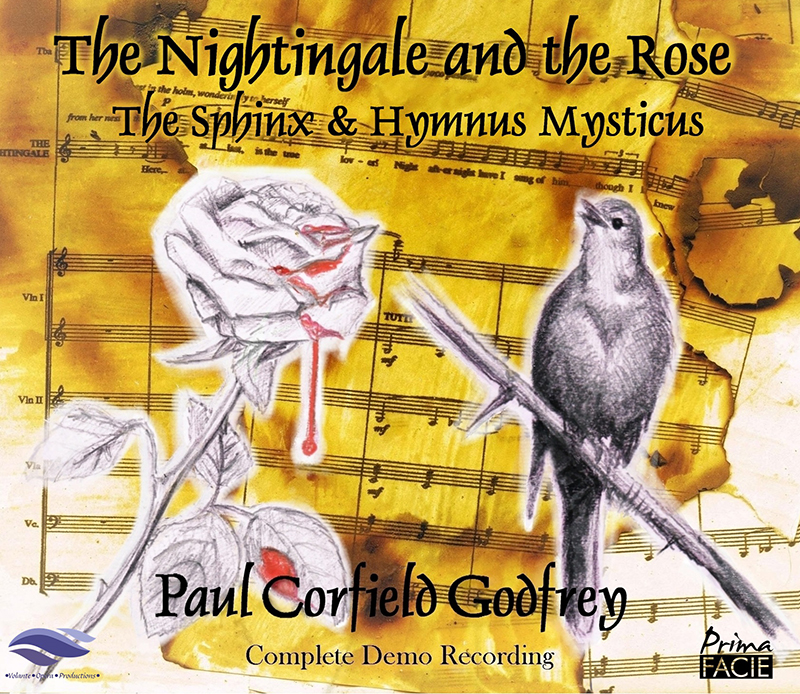 Those who have enjoyed the contributions of Angharad Morgan as Lúthien and Nienor to Paul Corfield Godfrey’s cycle of epic scenes based on J R R Tolkien’s The Silmarillion (as featured on recent Prima Facie CDs) will be delighted by her assumption of the title role in The Nightingale and the Rose by the same composer. This operatic fable, based on a fairy story by Oscar Wilde, highlights the differences between the diametrically opposed perceptions of Love represented by the emotionally committed world of nature and the artificial monetary valuations of society. The text draws entirely from Wilde’s original, without any additions from other sources, and lasts around three-quarters of an hour. It features other soloists from Welsh National Opera, together with an orchestra drawn from live sampled performances which have been carefully balanced and adjusted in collaboration with the composer to obtain as close a result to the sound of an actual orchestra as possible, with results that Brian Wilson writing for MusicWeb International described as “completely convincing”. The work was originally written in 1976 but, apart from excerpts, has not been performed complete before now; the recording was originally scheduled for the composer’s seventieth birthday in 2020, but has been delayed by the recent pandemic.

To complete the CD, we also present a further setting of Oscar Wilde in the shape of verses extracted from his narrative poem The Sphinx; and a short cantata entitled Hymnus Mysticus based on poems by Aleister Crowley, another writer of the era whose unconventional lifestyle resulted in ostracism and exile. The booklet includes an essay by the composer and complete texts of all the works.

For more details of the CD, please see the Prima Facie blog Recitative. 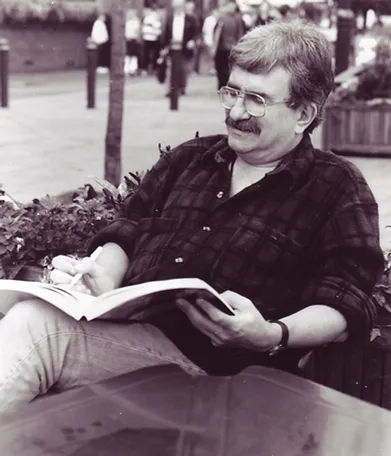 Paul Corfield Godfrey was born in London and after a period of residence in Ireland now lives in Wales, studying composition and conducting at various times with Alan Bush and David Wynne. His compositions include four symphonies: various orchestral, chamber and instrumental works: songs and choral works: operas, including The Dialogues of Óisin and Saint Patric and Arcturus, both performed in Cardiff and elsewhere: and a cycle of epic scenes based on J. R. R. Tolkien’s posthumous novel The Silmarillion, the largest work of classical music written in Wales in the twentieth century,. Other works have been performed in London and elsewhere in throughout the UK, Hungary, America, Australia and New Zealand. His manuscript scores are lodged at the National Library of Wales, Aberystwyth. He has appeared as a performer on radio and television, and also reviews live performances and recordings for MusicWeb International.