"It is fascinating how, despite his embrace of atonality, Casken’s music manages so colourfully to paint pictures and to tell stories. Such music is often wholly abstract, Casken’s is amazingly nothing of the kind!" Alan Cooper, British Music Society, March 2020 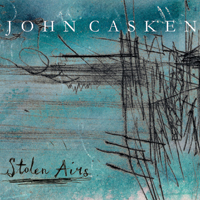 "Working with musicians who are not only simply outstanding performers but who also show an innate understanding of, and sympathy for, your music is one of the most enriching experiences for a composer. The musicians had all performed the pieces prior to the recording, with the exception of the Piano Trio, but even here Richard Lester had performed this work with The Florestan Trio in 2002 and 2003. In three cases the pieces had been written for the artists on this disc and they had given the world premieres. The players’ ability to capture the dramatic intensity of the different pieces, the darks and the lights, the range of colours, and to bring their own individual expression to the singing lines promised well for this CD recording.

The idea of creating a CD of my chamber music in which the piano features in every piece (although a piece for solo piano is hardly chamber music) was my initial thought, and the range of pieces from 2002 (Piano Trio) to 2008 (Shadowed Pieces), to three more recent pieces featuring cello and then horn, as well as solo piano, created not only a nice sequence but also an interesting variety. The recordings took place in Cardiff University School of Music and at The University of Manchester in the Cosmo Rodewald Concert Hall, in which I’d played a major role in creating nearly 20 years ago. Over the three days in Manchester I found myself as Producer, a very exciting and demanding experience, and I was very pleased that in Phil Hardman, the recording engineer, the CD was in very capable hands, both in the recording and editing stages.

I was very keen that the CD should look interesting and I commissioned my friend, the artist and illustrator Olivia Lomenech Gill to create the artwork and design the whole thing. Olivia had already done the artwork for my recent NMC CD, 'The Dream of the Rood', to brilliant effect, so she was the natural choice for this CD. It also reflects the fact that the visual arts play an important part in my life and I am delighted that her cover design and the music here seem to me so perfectly complementary, and that every page and surface contains different aspects of her design."
John Casken, September 2019

For further details of this recording, please download the CD booklet

John Casken (b. 15 July 1949) lives in Northumberland, not far from the English-Scottish Borders, within sight of the Cheviot Hills and within reach of the historic Northumbrian coast. The landscape, its changing colours, huge skies, and the poetry of this part of England have influenced his works and helped to create a strong sense of place, forming a thread throughout his music. When asked by the Cheltenham Festival in 2017 to describe his music in five words, he ventured: windswept, dreamy, turbulent, melancholic, and painterly. Orion over Farne for orchestra (1984), the large-scale choral piece To fields we do not know (1985), described as a Northumbrian elegy, the orchestral song-cycle Still Mine (1992), the ensemble piece Winter Reels (2010), and the choral piece Uncertain Sea (2014) all draw inspiration from Northumberland and the northern hills. So too do the Cello Concerto (1990) and The Dream of the Rood (2008). In 1990 Casken’s first opera Golem won the First Britten Award for Composition, in 1993 the Prince Pierre de Monaco Prize was awarded for Still Mine, and in 2009 The Dream of the Rood won the British Composer Award (Vocal Category). In 2015 Casken’s oboe concerto Apollinaire’s Bird was shortlisted for both an RPS Award and a British Composer Award.