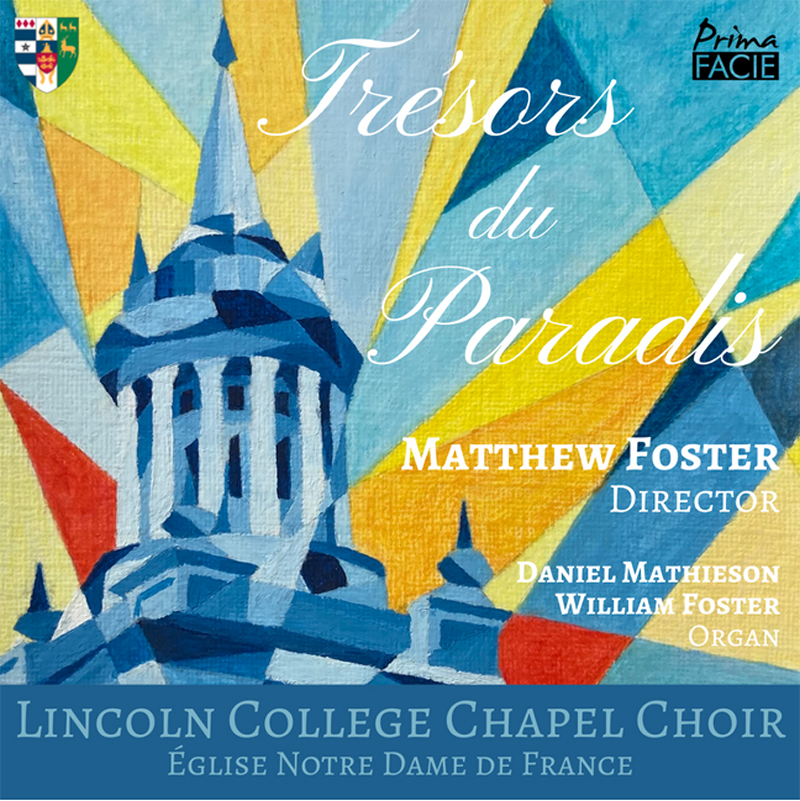 This Double CD represents more than just hard work and an outstanding achievement from a choir that only sings once a week during university term times. In the space of just one academic year, twenty-four hours of rehearsal time in total, the chapel choir of Lincoln College managed to learn and perform two CDs worth of some of the most monumental and challenging works in the church choral repertoire.

This CD was also a celebration, and a call for the future of church music. Many musical establishments, beyond just those based in liturgy, were decimated at the hands of the pandemic. Lincoln’s choir, despite having eight choral scholars and two organ scholars had more or less fizzled into nonexistence in just two years! We needed something tangible and challenging to get the choir together and working towards something and the repertoire chosen reflects this endeavour.

We included Durufle’s requiem, performed just as the last of restrictions began to fizzle out, celebrating the beginning of a new era, and the demise of such a difficult time in so many people’s lives. We included Yves Castagnet’s Messe Salve Regina, a behemoth of a work, including two organs. This piece is only possible because we could finally get everyone together, assemble the entire forces of the choir, and in our eyes represents the power of unity, and the beauty in the simply, being based entirely on the simple Salve Regina plainchant. Finally, we performed a world’s first recording a piece by Jonathan Dove, 'Treasures in Heaven', and accompanied this with two other similar works of his, all with a moto perpetuo musical style. We feel this represents the perpetual motion of the world, despite its hardships, despite everything trying to keep us still, we persevered, we kept going, and in the end, we came out okay on the other side.

Everybody who ever sings with the choir of Lincoln College becomes part of our unique family, whether that is a previous college member who may have not sung since their university days, or just someone who kindly comes to help us out when we need a few extra numbers. Either way, anybody and everybody who had every been a part of the Lincoln College Chapel Choir was invited to take part in this project. We brought together people from decade’s worth of history and had a phenomenal choir of roughly forty people for the three sessions over which this was recorded.

We would like to thank the Development Office at Lincoln College for helping our fundraising efforts and to thank everyone who attended our fundraising events. The project was only possible because of the generous donations received.

We would like to thank the Organ builders, BC Shepherd and Sons, who effectively restored the organ in the weeks prior to the recording.

For more details of this disc, please download the CD booklet. 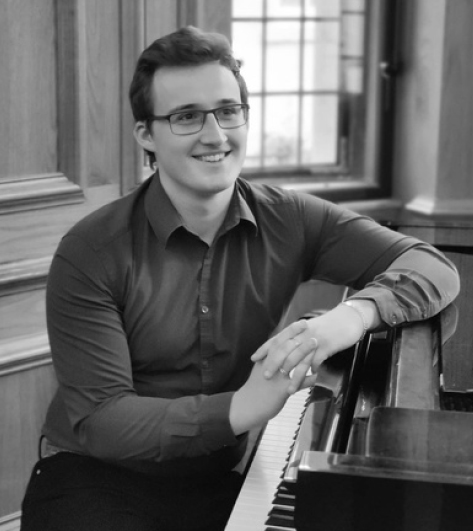 At the time of this recording, Matthew had just completed his second year as a music undergraduate and organ scholar at Lincoln College Oxford, where he trains, conducts and accompanies the choir in services, concerts, and recordings.

Matthew began his musical career in 2008 as a chorister at Chelmsford Cathedral. In 2016, he was offered an organ scholarship at St Mary’s Church, Maldon. Upon this appointment, he began studying the organ under the tutelage of Laurence Lyndon-Jones, Assistant Director of Music at Chelmsford Cathedral, whilst continuing to study piano with Tim Carey. During his time at St Mary’s, Matthew played for a variety of services and concerts in Chelmsford, Newcastle, Peterborough, Carlisle and Coventry Cathedrals, and abroad in Bavaria and Ghent. After completing his A-levels, he took up the position of Organ Scholar at St Edmundsbury Cathedral, and taught A-level music at Kind Edward VI School. After his first school term, Matthew became Acting Assistant Organist at the cathedral. During the pandemic, Matthew helped provide a wealth of free online theory tuition, educational resources, singing and piano lessons, virtual rehearsals, performances, concerts, and services, to ensure people still had access to music, education, and worship.

Joining Lincoln College during the pandemic also had its challenges. To ensure all choir members got a chance to be involved, the choir setup changed each service to a different quartet arrangement as to remain socially distanced in our antechapel away from congregation. It was only for the Advent Carol Service that all choir members were able to join and sing in a socially distanced recorded service without a congregation. Only allowed a full choir at the beginning of his second year, this inspired Matthew to really bring the choir back with a bang. After a huge recruitment drive and increasing the numbers in the choir to over thirty, he was inspired to undertake his first compact disc recording as a director.

Matthew’s academic study focuses on theory, harmony, and counterpoint especially in the music of J.S. Bach and Louis Vierne, with a large focus on this repertoire in his organ studies. His current research explores the relationship between sound and synaesthesia in the music of Olivier Messiaen with the aim to produce visual analyses of Messiaen’s works. Although much of this is already catalogued in both Messiaen’s manuscripts and treatises, Matthew aims to codify these visual outputs with regards to a spectral analysis of the music, allowing non-musically trained researchers to better understand and study synaesthesia with relation to music and sound.